Postcard
A postcard with the front showing a photograph of flooded residential buildings. A tall smokestack and industrial buildings are seen in the background. A notation on the back reads “We live to the left of this view, up on hill”. A note in the gutter of the postcard reads “End off [?] st north” The Tennessee River crested at 47.7 feet in the 1917 flood (compared to the record 58.05 feet of the 1867 flood), inundating much of Chattanooga, especially areas south of Main Street. The floodwaters drove an estimated 6,000 residents from their homes and caused $469,000 worth of damage in 1917 dollars. Despite the damage, the flood’s effects were felt to have been mitigated by the Hale’s Bar Dam and led to further calls for flood control initiatives on the Tennessee River. 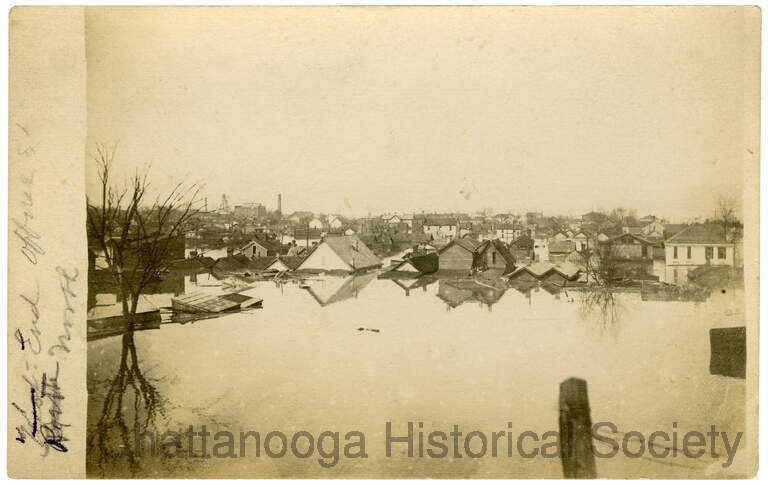 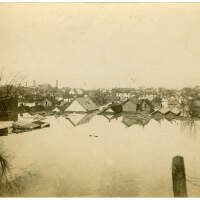 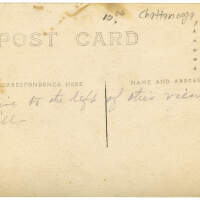