Photograph
A carte de visite of a group of visitors with young children at Point Lookout atop Lookout Mountain, Tennessee, by R. M. Linn & Bro. The photograph shows three women and one man sitting on the edge of Point Lookout with two children. The man is holding both children, who appear blurry as they have moved during the exposure. The rear has an imprint that reads “Point Lookout, Lookout Mountain. R.M. Linn & Bros., Photographers” The bottom corners are cut 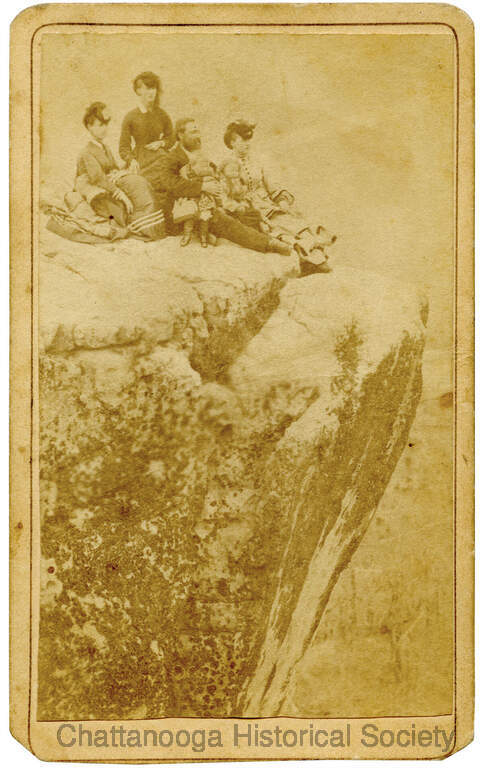 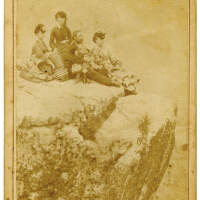 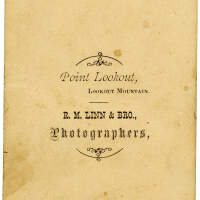