Photograph
Black and white photograph featuring the 2nd District Band of the American Woodman, Chattanooga, Tennessee. The band members are all posed holding their instruments, posed around one large band drum and two small snare drums. The Main large drum in the middle reads “AMERICAN WOODMAN” at the center with “2ND DISTRICT BAND” curved along the top and “CHATTANOOGA, TENN” curving along the bottom. There are seventeen men in the band photo as well as two young boys, one of whom is holding the American Flag at far right. The men are standing in front of the side of a building with an upper level porch. The First Congregational Church tower is in the background, which puts this in the area around Lindsay Street. The Supreme Camp of American Woodman was an African American fraternal and mutual benefit association that provided insurance and other benefits to its members that was founded in Denver in 1901. The organization’s chapters, called Tents, were spread across the country. 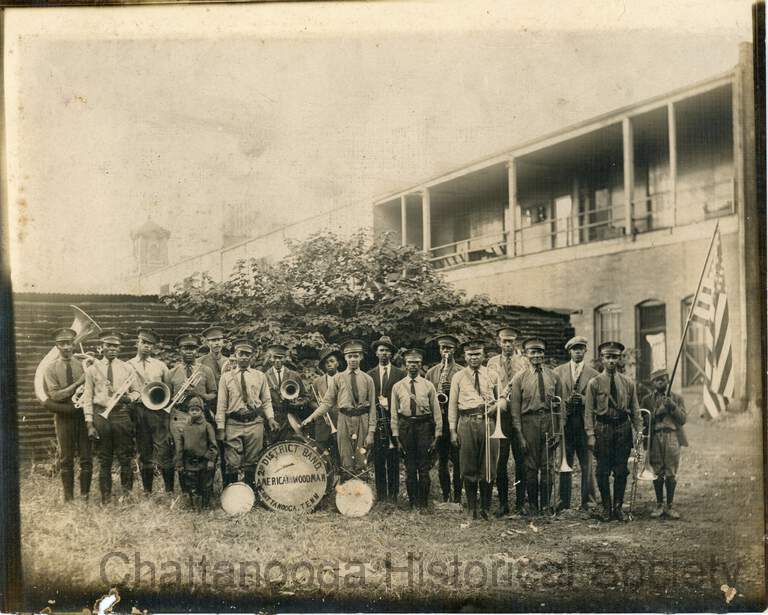