Photograph
A banquet held in Chattanooga in 1954 for the Coca-Cola Bottling Company’s African American marketing team during the company’s 55th anniversary. According to an article from the company, written by historian Brenna Wynn Greer, Coca-Cola launched a series of advertisements in Ebony magazine in 1953. These advertisements featured prominent black celebrities, such as Reese “Goose” Tatum of the Harlem Globetrotters. Shortly after the launch of the celebrity campaign, the banquet occurred in Chattanooga to celebrate the anniversary. (The first bottling agreement was made in 1899 when two Chattanooga attorneys-Benjamin F. Thomas and Joseph B. Whitehead-obtained exclusive rights to bottle Coca-Cola for $1.) But this banquet was important for other reasons. The event was also to help promote the new celebrity campaigns targeted at black consumers. Many of the early advertisements were on display during the event They were the efforts of Moss Hyles Kendrix, a talented pitchman from Atlanta who had been attempting to bridge the gap between black consumers and the Coca-Cola brand. Kendrix was eventually hired by the company as a full-time marketing specialist and would go on to be the “central architect of the company’s postwar campaign” to target black audiences. But although celebrities were a good test for the company early on, Kendrix thought that a campaign featuring blacks as “everyday people” would better serve the brand. He scoured black colleges to find students to appear in these first ads. They featured young black men and women doing normal activities, such as playing golf, shopping, gossiping, picnicking, and studying. This would mark one of the first occasions of blacks depicted in advertising as “normal” instead of caricatures and stereotypes. An excerpt from the article says: Before the Second World War, merchandisers and advertisers generally did not recognize or respect African-Americans as consumers, and black marketplace images reflected this. If African-Americans appeared in advertisements at all, it was often in the form of offensive, minstrel-like characters or as the servant. Black “mammy” or “Uncle Tom” figures became successful marketing devices in the form of “Aunt Jemima,” “Uncle Ben” and “Uncle Rastus,” representing a class that produced or served but did not buy consumer goods. Greer suggests the larger significance of Kendrix’s work with these non-celebrity ads helped them seem like “true Americans” by depicting them as “sought-after, enthusiastic consumers of a product so iconically American in the post-World War II world.” Jamal Booker, Coca-Cola’s manager of heritage communications in Atlanta, said Kendrix’s work is remembered as part of the company’s legacy of inclusiveness. “We are proud to have Moss Kendrix as part of Coca-Cola’s history,” Booker said. “He was instrumental in guiding our approach to becoming more inclusive in our advertising and marketing during a critical period in our country’s history. The Chattanooga photos are yet another example of the stellar public relations and community relations work Mr. Kendrix led for Coca-Cola on both a local and national scale.” Kendrix died in 1989 at the age of 71. 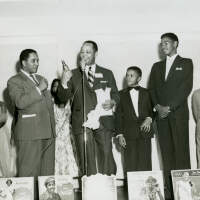 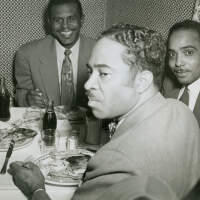 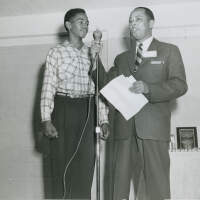 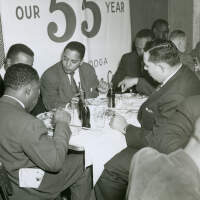 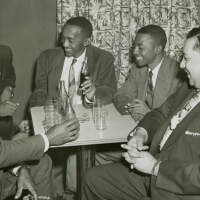