Archive
A cover from the Buster Brown’s Hosiery Mill in East Chattanooga. It’s addressed to The Big Store Co. of Cincinnati, Ohio. Local businessmen, lead by W.B. Davis, opened the Davis Hosiery Mills in East Chattanooga, and in 1906 it purchased the rights to the Buster Brown label. The Mill changed its name to the United Hosiery Mills in 1916. It spent its early years manufacturing only hose and socks, eventually becoming one of the nation’s largest juvenile clothing makers. With the coming of the post-war baby boom, the company expanded its apparel lines to children’s playwear. The result was that it hit an all-new high in profitability. Many Chattanoogans will recall the old ad campaigns from the 1950s and 60s that called upon wise mothers to dress their children “from toe to crown in Buster Brown.” The factory changed names several times again as the years went on – it became Skyland International in 1965 to reflect its global reach, then Buster Brown Apparel in 1983 when it was acquired by Gerber – but continued to produce clothing and act as a major local employer until the 1990s. Then in 1998, the plant closed its doors for good as the U.S. textile and apparel sector began to plummet. Source: City Scope Magazine 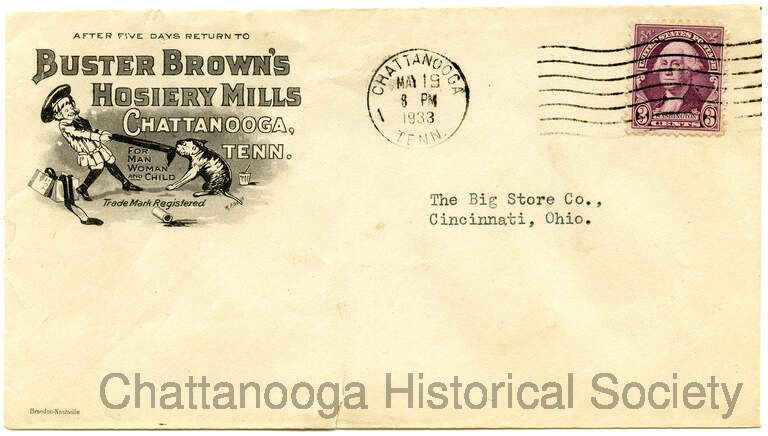