Photograph
A photograph mounted on a thick, dark cardstock showing a 7th Calvary Parade marching north on Market Street at 6th Street to Honor President Theodore Roosevelt. The photograph features rows of mounted cavalry riding down Market street. The men on horses are in multiple lines near the buildings on Market, with spectators on the opposite side of the street. The inscription reads ” 7 Cav. in Chattan. Honor President Roosevelt Sept. 8 1902″ Painted advertisements on the side of one building are partially obscured, reading “Printing, E[?], Crandall – [?].” Other buildings have advertisements and signs, including a sign above the awning of the building on the right that reads “This store will be occupied about June 1[?], Sam Poss & J.S. Hunt, Dry Goods, Shoes, Clothing, & Furnishings.” 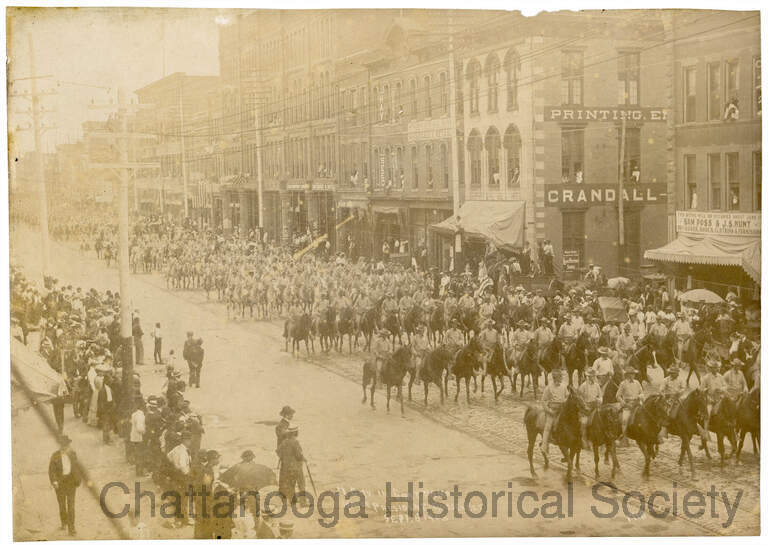