A Group of Firemen, Umbrella Rock

Postcard
A postcard with the front showing a photograph of several men standing and sitting on Umbrella Rock atop Lookout Mountain, Tennessee. Six of the men are wearing flat conductor-style hats. There is a gentleman standing to the right, below the rock, who appears to be taking a photograph of the valley below. A sign at the bottom left describes The Battle of Wauhatchie that took place in the valley below. Perched atop Point Lookout, Umbrella Rock is one of the most famous locations in the Chattanooga area. This unusual geological formation consists of several large stones topped by a large, flat slab. The rock has hosted innumerable visitors over the years, perhaps most famously Ulysses S. Grant. Formerly a popular location for photographs, erosion has made it unstable, and it is now closed to the public. 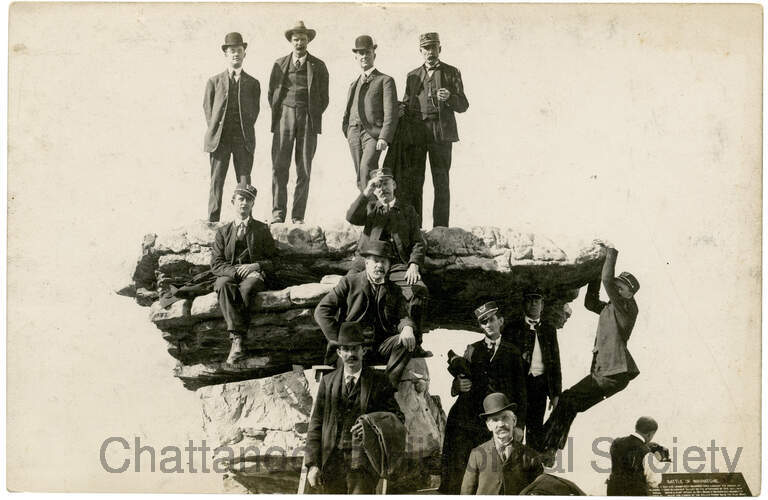 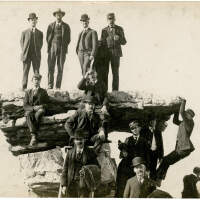 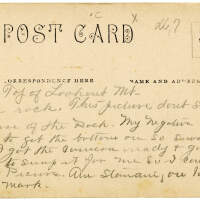